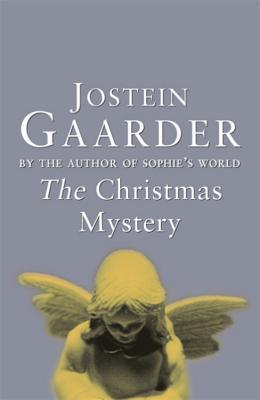 TL;DR – A sort of backwards look at the history of Christianity…also a kidnapping…

As far as I’m concerned I am being exceedingly generous in giving this book a 1 Button rating. In fact the only reason I’m giving it a rating AT ALL is because it kept me interested enough to read it all in one sitting. It was that kind of a book. I don’t even know where to begin.

A boy finds an old advent calendar in a book shop and decides he wants it. He takes it home, opens the door and out falls a sheet of paper. On it is the first chapter of a story about a girl called Elisabet, who chases a lamb (formerly a toy lamb) out of a toy shop, runs back in time somehow and bumps into an angel, who conveniently enough is also going back in time to visit Jesus on the occasion of his birth.

Each chapter of this book is a single day of advent, and each day a door is opened and a further chapter of this bizarre story is told. As the days move on, the group of pilgrims increases inside until they have a bunch of sheep, shepherds, angels, kings (who the book made a point of describing as ‘black like an African’) and so on and they all go back in time to visit Jesus.

Thing is, as they travel across the world from Norway where the tale begins, to Bethlehem were it’s supposed to end (or begin if you prefer) they ALMOST touch upon some really interesting theological, philosophical and historical points of interest. Only every time any character got more than 2 sentences into one of these potentially interesting moments, the shepherd turns around, bangs his crook on something and screams “To Bethlehem! To Bethlehem!” as if somehow they were going to miss the big event…as a consequence it turned what could have been an interesting theological history into a frustrating and pointless walk from nowhere in particular to nowhere special.

To make matters worse, the ‘mystery’ which the books title alludes to comes in the form of a real world kidnapping. Which – I know it’s supposed to give the readers a sort of “what really happened” vibe but it just makes no sense to include. It feels WRONG. This poor old woman who loses her child in the 40’s and has to wait another 45 years to hear from her and we’re supposed to believe that all went down smoothly. I don’t know. Oh and she may or may not have been kidnapped by the people of Palestine to prove a point or leverage a journalist.

Basically what I’m trying to say is, if for any reason you STILL feel like reading this book then do yourself a favour and stop when you finish chapter 23. Or better yet, just pick up the bible and read it the right way round without the haphazardly included kidnapping.

I’m now going to leave you with some alternate entries for the quote box at the start of this review:

“I have to hope something was lost in translation…”

“I have to assume I’m not the target audience for this book.”

“I finished it in the hopes that the end would pull it all together and be amazing. It wasn’t.”

On the plus side, I finally get to use THIS: