I’m very pleased with it. I copied She-Ra from a partials screen grab and also drew myself in She-Ra style. Maybe they’ll add me to season 2!

Anyway, it’s not perfect but I totally love it!!

This weeks #FanArtFriday (and yes, I know it’s Saturday – I was recovering from burning yesterday!) features the biggest and most annoying missed opportunity from the Star Wars canon, Darth Jar Jar.

If you don’t know about this, there is a theory that Jar Jar Binks was supposed to echo Yoda. Yoda was a bumbling idiot, then turned out to be a super important Jedi – Jar Jar, the theory argues, was a bumbling idiot who was supposed to be this super important Sith Master! It’s my favourite fan theory of all time, partly because it’s mad, and partly because it makes PERFECT SENSE. If you’re not convinced, or you just want a really good conspiracy to learn about, check out this youtube clip on the subject: Darth Jar Jar – Star Wars Theory (Vincent Vendetta) 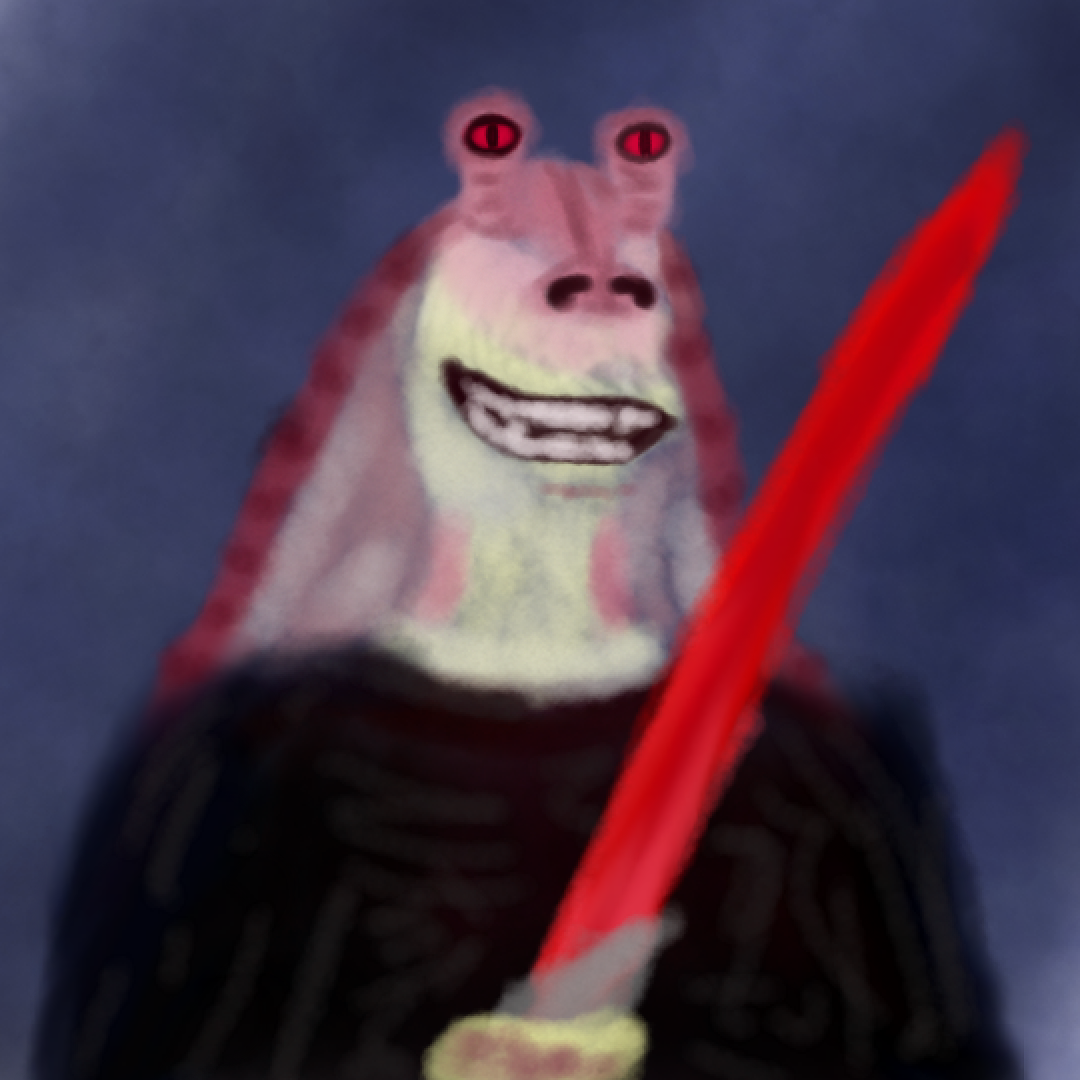 Description – Cherry blossom trees by a river. Japanese Kanji should say Sakura (Cherry blossom). I had 2 choices for it, and when I googled it the other option gave me aeroplanes so this choice seems more likely. Made this as a gift for my mum.