I received an e-book copy in exchange for an honest review. 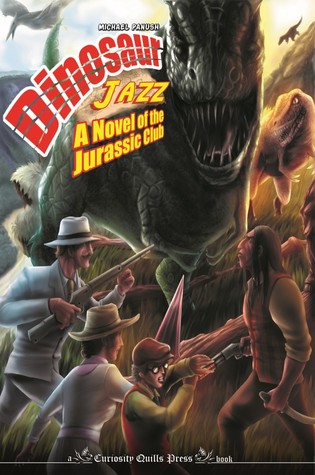 The island of Acheron is an incredible place. A land where all manner of prehistoric creatures live in conjunction with ‘ape men’ and humanity. Acheron is a hugely popular tourist destination, made all the more popular by the absence of prohibition. Drinkers, gamblers, cutthroats and gangsters mix with hunters, holiday makers and the wealthy elite all across this impossible island.

Sir Edwin Crowe (son of the island’s discoverer) is a dinosaur guide and gentleman adventurer. But when a sinister corporation tries to take control of his island home, Crowe and his rag-tag band of associates find themselves in the middle of a war.

This book runs strongly in the vein of classic pulp adventure novels.

I have some very conflicting thoughts about this book. It has me in two (or more) minds, and it was very hard to rate.

On it’s surface, I love it. I love the concept – think Jurassic Park in the 30’s with a big dollop of Indiana Jones thrown in and you’re not far off. The story is exciting – it’s definitely a page turner. Conceptually it’s right off my Christmas list. Which leads me to my other thoughts.

First off, let’s talk about racism. I get that it’s set in the 30’s (or 20’s, or whenever prohibition was), but when you’re telling a story about a time-travelling island full of dinosaurs and crazy warlords,  I think you’ve already thrown out enough ‘realism’ to avoid referring throwing in negro or oriental, or repeatedly calling one character the Jew lawyer. Call me ‘snowflake’ all you want, scream ‘historical accuracy’ until you’re blue in the face, but when you’ve got dinosaurs and time travelling magic ruins and a white dude who thinks he’s Genghis Khan reincarnate, you can afford a bit of racial sensitivity. Actually while I’m on the subject of race stuff, I may as well throw in that every single non-white or non-British/American is a criminal or a gangster or a smuggler. Every. Single. One. Plus the ‘Ape Men’ are treated as savages and servants etc. Don’t get me wrong, Panush was aiming for a certain literary style, and he absolutely nailed it, I just personally felt it was unnecessary.

That said the writing was, if a little weird at times, pretty solid and very enjoyable. The main character was actually kind of annoying, but that was more to do with my own personal taste than the writing. My favourite characters were, as far as I’m concerned, CRIMINALLY underutilised, but I’m hoping I might learn some more about them in the next book.

Panush has absolutely nailed the feel of the genre, and written a really entertaining story to boot. It’s just a shame about the time period. 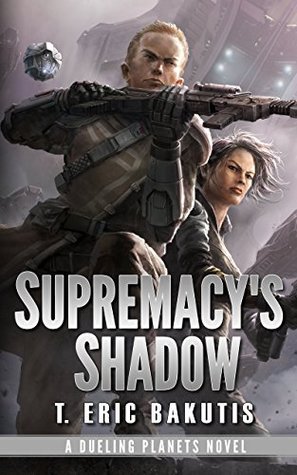